Rick wanted to take an illustration he designed and turn it into a logo for his burgeoning lawn and garden business in November 2013.  Theses are a few of the printed collateral we came up with once the logo’s were turned into vector graphics.

The “Pūkeko” is one of New Zealand’s colorful birds and while commonly called a swamphen, it actually can fly, although when threatened they will often walk away from danger rather than fly. When they fly, take-offs and landings are clumsy, and short flight distances are preferred.

The Takahē, the Pukeko’s close flightless relative, is approximately three times heavier than Pūkeko (to about 3 kg), having evolved originally in an environment free from humans and ground predators. Introduced predators in New Zealand now threaten the Takahē with extinction. 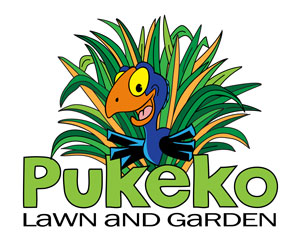 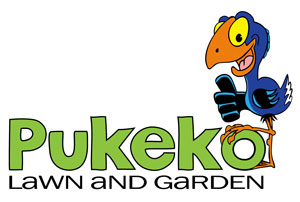 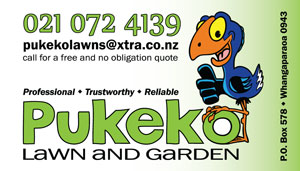 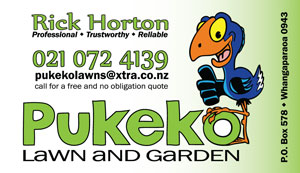 From GrafX by Laurie